* In case of any delay in receiving the OTP, you may verify it later. Please proceed without verification.

Your mobile number is not registered with us. Please register your mobile no.

‘Chhind’ means date palm and ‘Wada’ means place, thus it is believed that Chhindwara means a place occupied by date palm trees. Located in Madhya Pradesh, Chhindwara is an age old city with rich historical heritage. Being one of the major towns in Satpura range, it is situated on a plateau, enclosed by the fertile green fields, forest rich in sagaun trees and magnificent rivers. The total area of the town is 11,815km2 (4,562sq miles) and it is situated at a height of 675m (2,215ft) above the sea level. 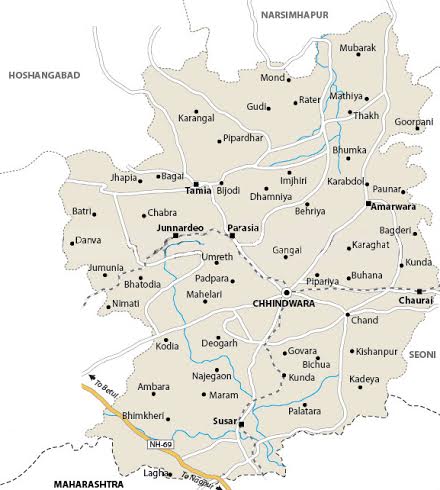 Chhindwara is edged by the plains of Nagpur district of Maharashtra on the South, Hoshangabad District and Narsinghpur District is situated on the North. Seoni District is located on the East and Betul District is set on the West.

Chhindwara has a subtropical climate. The summer season is scorching hot and dry and maximum temperature may range from 38-42°C. The summer season continues from April-June followed by monsoon rains which continue from July–September. Average annual rainfall is 1,183 mm. From October to March winter season continues and the days are relatively dry. Minimum temperature during winter may go down up to 4-6°C.

Different parts of Chhindwara contain different types of soil. A small portion of the city contains Medium-black soil which is said to be the best soil in Chhindwara. Whereas mixed red and sandy soil is also found in certain parts of the town. On the other hand, red soil covers a major portion of both northern and southern part. The area has got an average rainfall of around 1000-1200mm. The sandy loam black soil are having medium to high fertility and high water holding capacity. It has an approx irrigated area of 20.3%.

Rivers and Waterbodies in Chhindwara 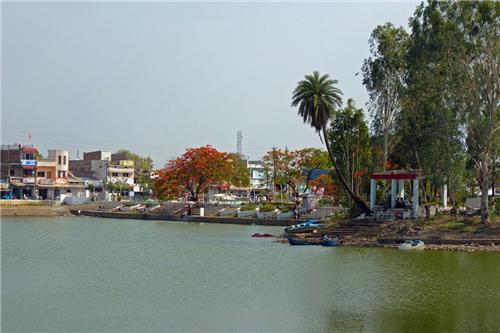 Medium black soils of Chhindwara are not very deep and are suitable to cultivate most of the crops like cotton, sugarcane, wheat, jowar, soyabean, and groundnut. It also falls under the Jowar-wheat producing zone of Madhya Pradesh. The areas covered by red and black soil produce different varieties of crops during Rabi and Kharif season. These soils are more responsive to irrigation as well.